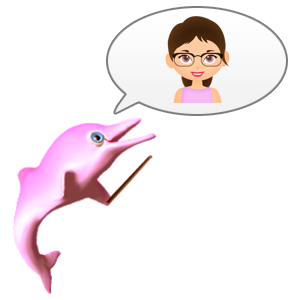 Skidos team has selected our favorites movies to enjoy this Halloween in family. We promise tons of terrific fun with this movies!

A newly-dead husband and wife discover that a family of the living has moved into their house, so they hire a crude “bio-exorcist” to scare them off. The friendship between the deceased couple and Lydia—the epitome of a neglected and gloomy teenager—is heart-warming and the rockin’ 80’s styling will give you a good chuckle. But really…Beetlejuice! Beetlejuice! Beetlejuice! Do we need to say more?

Based on Neil Gaiman’s popular “children’s horror” novel, Coraline is in many ways similar to Alice in Wonderland—only creepier. Unhappy about relocating to a new house and leaving all her friends behind, the gutsy heroine discovers a door to an alternative world. There she finds attentive, doting versions of her real parents and other exciting wonders. But this new world is more dangerous than it seems and Coraline must find a way to rescue her family and herself.

Gremlins (or, okay, Mogwai) are the original Furbies. Thankfully, Furby never multiplied after getting wet or turned into a trouble-causing reptile. While the film doesn’t revolve around Halloween, watching these little monsters cause chaos is totally in the spirit of this trick-or-treating holiday.

This is another gem from Tim Burton’s twisted imagination. Victor, a nervous and clumsy young man, accidentally marries a dead bride. He is taken to the Land of the Dead and must somehow escape in order to be reunited with his true fiancée in time for their wedding.

Recommended Age: 10 and Up

Mel Brooks directed this wacky comedy about Doctor Frankenstein’s grandson who follows in his mad scientist footsteps. The slapstick comedy and juvenile gags will draw kids in. The film is a fun parody of classic horror movies, so if your children are always begging to stay up and watch the scarier stuff with you—this is a good compromise.

Recommended Age: 10 and Up

A boy who is charged with keeping an eye on his nosy little sister on Halloween night accidentally unleashes the Sanderson Sisters—three witches from the Salem witch trials that suck the youth from little girls. Best part of the movie? The Sisters performing “I put a spell on you” at a Halloween party, hands down!

Recommended Age: 11 and Up

While you should watch Harry Potter at any time of the year (can you tell we’re fans?), Halloween seems especially appropriate. There is something about Harry boarding the Hogwarts Express that really evokes that start-of-the-school-year, fall feeling. Oh…and there’s magic and witches, too! The first few movies are aimed at younger children while the later ones are better suited to their older, tween siblings.

Do you already have a favorite film to enjoy on Halloween?

Tell us your plans!