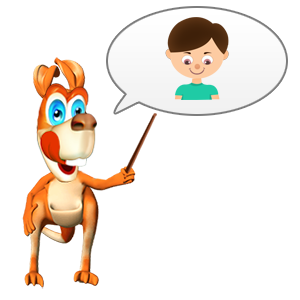 Skidos team has selected our favorites movies to enjoy this Halloween in family. We promise tons of terrific fun with this movies!

Dreamed up by Tim Burton, The Nightmare Before Christmas tells the story of Jack Skellington—the “King of Halloween”—who, tired with staging Halloween festivities year after year, finds a door to Christmas Town and decides to try his hand at that holiday, instead. We dare you not to have the songs from this musical flick stuck in your head for days after watching. “This is Halloween” should be the unofficial theme song of October! Best of all, it also makes a great Christmas movie.

The iconic cartoon character stars in this sweet film. Poor Casper has always struggled with being lonely and when he finally finds a friend, he tries to bring himself back to life. But things do not go according to plan. At its heart, this is a tender ghost-meets-girl story. And Casper whispering “can I keep you” never fails to make us tear up!

Recommended Age: 6 and Up

Talk about an oldie that’s definitely a goodie! This short classic tells the story of a stuffy schoolteacher who tries to win the love of the prettiest girl in town with his act of bravery. Whereas many films based on the Headless Horseman story are quite gruesome, this one is mild enough for a kindergartener.

Recommended Age: 6 and Up

Before Harry Potter got his scar, there was Mildred Hubble. And while fame and fortune come easily to Harry, Mildred struggles with being the worst student at Miss Cackle’s Academy for Witches. This sweet movie about a triumphant underdog will entertain kiddos who may be too young for Hogwarts adventures. Plus, Tim Curry makes a campy (and musical) appearance as the hunkiest warlock around!

Recommended Age: 6 and up

Marnie Piper has always been obsessed with Halloween, much to her mother’s despair. But it turns out there is something her mom is keeping from her—she’s a witch! When grandmother Aggie arrives for her annual Halloween visit, Marnie follows her to a strange place called Halloweentown. This installment is the first of a magical trilogy—the two sequels will be better appreciated by kids 8 and up.

This Disney classic is what Mary Poppins would be if it had witches, wizards and magic bedknobs that make your bed fly. The theme involves World War II and Nazi invasions, but is handled with kid gloves. Bonus points if your kiddo starts using “bedknobs” in regular conversation!

Dealing with sibling rivalry? Labyrinth is a must-watch for anyone who has ever felt fed-up with a younger sib. When Sarah wishes that Goblins would take her baby brother, the King of the Goblins comes and whisks the boy away to a Labyrinth. Sarah must venture inside and solve it within thirteen hours to get her little brother back. Filled with fantastical Jim Henson puppets, this movie has magic enough to enchant the kiddos. Plus, David Bowie is perfect as the brooding, discontent Jareth.

Recommended Age: 8 and Up

While visiting the seaside with his grandmother, Luke stumbles upon a convention of witches who are hatching a plan to exterminate children. He must find a way to stop them—a task that seems infinitely harder once he is turned into a mouse. The witches are scary enough to give us a fright—especially when they peel off their human costumes.

Recommended Age: 8 and Up

Do you already have a favorite film to enjoy on Halloween?

Tell us your plans!