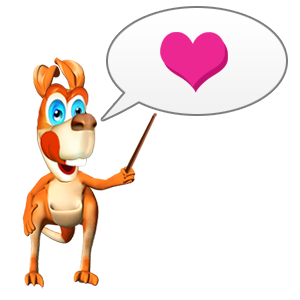 The CEO of Facebook, Mark Zuckerberg, has announced on the popular social network that he will become a father: “Priscilla and I have some exciting news: we’re expecting a baby girl!”

“Now we’ll focus on making the world a better place for our child and the next generation.” That’s one of the first ideas that come in mind while expecting a baby. Mark also wrote: “This will be a new chapter in our lives. We’ve already been so fortunate for the opportunity to touch people’s lives around the world — Cilla as a doctor and educator, and me through this community and philanthropy.”

The magnate, with a fortune estimated in 41.000 millions of dollars, tells that they have been trying to have a baby for two years and have had three miscarriages along the way. Mark and Priscilla recommend to share this process because it is itself a lonely way to go trough. “You start making plans, and then they’re gone. It’s a lonely experience. Most people don’t discuss miscarriages because you worry your problems will distance you or reflect upon you — as if you’re defective or did something to cause this. So you struggle on your own.”

| >>> Have you ever wondered about: the number zero in latin numbers: what is this look like?

The creator of the biggest social network claim for “connexions” in the big meaning of the word: “In today’s open and connected world, discussing these issues doesn’t distance us; it brings us together. It creates understanding and tolerance, and it gives us hope. When we started talking to our friends, we realized how frequently this happened — that many people we knew had similar issues and that nearly all had healthy children after all.” We are the most connected generation and we should use it to being closer between friends, family and diferent cultures.

To become a father or a mother is always a great adventure full of new feeling and experiences to learn with, even more when you are the creator of Facebook and you can share with, absolutely, the whole world.

It’s for sure that Mark and Pricilla are having the most common and wonderful of the feelings: the happiness to have created a new life.

They wanted to share with the world not just their personal news, but also the learning of being open: to share our life with our beloved people makes us stronger. We live in a world hipper connected, it is important to learn how to use the new technologies in our favor.

Zuckerberg and Chan got married in 2012 in a private ceremony at their home of Palo Alto, California, into Sillicon Valley’s heart.

Mark finish his Facebook’s state: “Cilla and our child are both healthy, I’m extremely excited to meet her and our dog Beast has no idea what’s coming. In our ultrasound, she even gave me a thumbs up “like” with her hand, so I’m already convinced she takes after me.”

Congratulations to the  family Zuckerberg from Skidos!